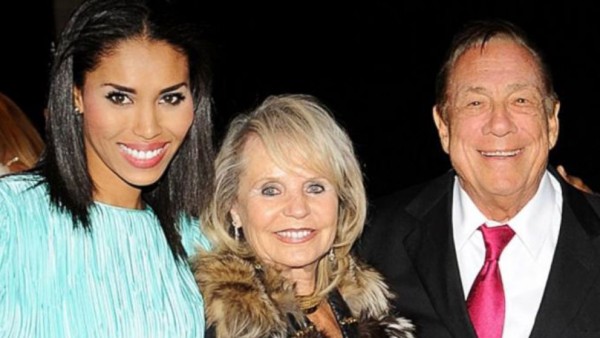 *Earlier we reported on the October 1 phone call that Shelly Sterling made to authorities about V. Stiviano showing up at their her manison to spend some time with her estranged (and really strange) husband, Donald Sterling.
Yes, it’s complicated, folks, so bear with us. You see, we now know that Shelly was in France when she made the call after being tipped off by her Spanish speaking gardner, because courtesy of TMZ, we have audio of the 911 phone call.
So Shelly dialed emergency all the way from France the moment she found out Donald was home alone with V. Stiviano. And get this, she told the operator a woman she described as “African black” had broken into her house.
Oh yeah, and here’s the good part. She repeatedly tells the operator Stiviano is “tormenting” Donald. Yes, “tormenting” Donald Sterling … in the bedroom.
Finally, there’s this: she insists that the operator have police get to the house ASAP … without calling Donald. Like we said, it’s complicated.
Bottom line: Donald and Shelly Sterling (and V. Stiviano) all deserve each other.
Listen to the call:

(If you can’t play/hear the above audio on your mobile device, click here.)