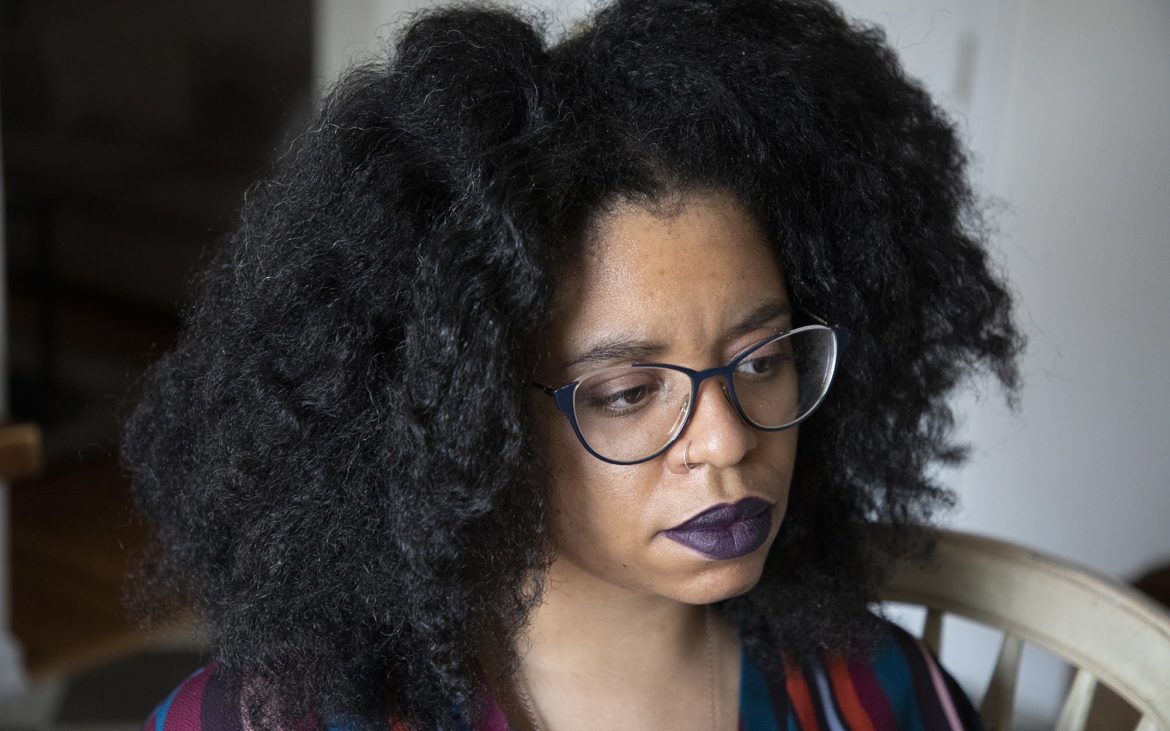 As a kid, DJ said she felt God’s guidance. Now she doesn’t miss a faith that left her asking why God considered her sick for being herself. (Photo by Kat Procyk/PublicSource)

While many Americans see religious communities as places of comfort and hope, many of those same communities have been openly hostile to lesbian, gay, bisexual, transgender and queer [LGBTQ]* people. Not only have they labeled LGBTQ people as “sinners,” but they’ve also opposed measures like same-sex marriage.

In recent years, some of these long-standing tensions have shifted. Over the past decade, Americans with a religious affiliation have increasingly supported same-sex marriage. According to the Public Religion Research Institute, support by religious Americans for legal protections for LGBTQ people has also grown. PublicSource recently explored faith communities that have openly welcomed LGBTQ members.

Yet a large majority of LGBTQ adults viewed mainline religions as “unfriendly” toward people who are LGBTQ, according to a 2013 survey from the Pew Research Center.

To explore the impacts of rejection on members of the LGBTQ community, PublicSource is telling the stories of six people who’ve felt mistreated by religious individuals and institutions.

Some stayed with the faith. Others left religion altogether. For each of them, religion has undeniably impacted their lives. These six people told their stories to writer and journalist Mark Kramer who adapted them in collaboration with the subjects into the following vignettes.

In the LGBTQ community, faith brings comfort and pain. Six Pittsburghers reflect on feeling rejected for who they are.