by Bertram Keller, Contributing Writer
Los Angeles Sentinel
June 19, celebrated as “Juneteenth,” a special moment in American history, our nation’s second Independence Day. A day that established a progressive step for human rights, and commemorates the end of slavery in all 50 states.

https://lasentinel.net/juneteenth-an-american-holiday-for-freedom.htmlMany Americans share the misconception that President Abraham Lincoln freed the slaves with the Emancipation Proclamation of January 1, 1863. However, Pres. Lincoln’s proclamation did not immediately free American slaves. In fact, Pres. Lincoln’s proclamation freed few slaves.  Lincoln’s executive order was initiated as a calculated military strategy to remove resources from the confederate south.

American soil was soaked in the blood of its soldiers, with nearly 620,000 dead soldiers by the time of the proclamation. With the Union Army in need of additional man-power to defeat the Confederate Army; Pres. Lincoln delivered the Emancipation Proclamation declaring “that all persons held as slaves within said designated States, and parts of States, are, and henceforward shall be free.”

Thus, reducing the strength of the Confederate Army by granting slaves in confederate states freedom. Over 200,000 black soldiers would be recruited to Union ranks, under the consensus that this was a war against slavery.

Juneteenth, June 19th, 1865 two thousand Union soldiers traveled to Galveston, Texas to make the announcement to residing slaves that they were officially freed. Enforcing Lincoln’s proclamation of 1863, two and a half years after the executive order. Juneteenth, a memorable day where slaves and indentured servants in all fifty states received emancipation; freeing a quarter-million American slaves residing in the state.

Commanding Officer from the District of Texas, Major General Gordon Granger, along with two thousand federal soldiers of the 13th Army Corps marched through Galveston, Texas where order, No. 3 was read to headquarters at the Osterman Building, 1861 Custom House, courthouse, and then the African American Church on Broadway, known as the Reedy Chapel (AME Church). Order, No.3 issued by General Gordon Granger “19th of June”, 1865:

“The people are informed that in accordance with a Proclamation from the Executive of the United States, all slaves are free. This involves an absolute equality of personal rights and rights of property, between former masters and slaves, and the connection heretofore existing between them, become that between employer and hired labor. The freed are advised to remain at their present homes, and work for wages. They are informed that they will not be allowed to collect at military posts; and that they will not be supported in idleness either there or elsewhere.” (General Gordon Granger-1865)

The reaction from slaves and indentured servants ranged from pure shock to jubilation. As Frederick Douglass described it, “The scene was wild and grand. Joy and gladness exhausted all forms of expression, from shouts of praise to joys and tears.”

Current (CA) Senator Kamala Harris stated, “On Juneteenth, we celebrate emancipation and remember the long struggle for freedom. The slaves in Galveston were not told they were free until 2 years after Lincoln’s Emancipation Proclamation. More than 150 years later, our work is far from finished to achieve equality for all.”

Today, Juneteenth has an even greater significance than ever before. In the light of recent Black Lives Matter protest, Juneteenth has dramatically risen in prominence to make June 19th a national holiday. A resolution designating June 19 as “Juneteenth Independence Day” was passed by the Senate in 2018; however, there are several online petitions calling for the change nationally.

Well-known musician Pharrell Williams, announced the proposal to make June 19th an official paid holiday in Virginia, in which was once a Confederate state capital. Williams states, “This year, Juneteenth will look like no Juneteenth before. People of all ages and races, our advocates and allies as well, will be together in solidarity for Black people like never before … It’s already happening in the streets,” Williams also said, of protesters. “And we love you for that. I’m grateful for those that are standing with us.”

During firestorm of national uprising and protests. The people firmly stand together in an everlasting fight for freedom.  This Juneteenth feels different, we must take advantage of this time. It is great a time for assessment, self-improvement and for planning the future; truthfully, we must celebrate who we are while preparing for the furtherment of equality in America. 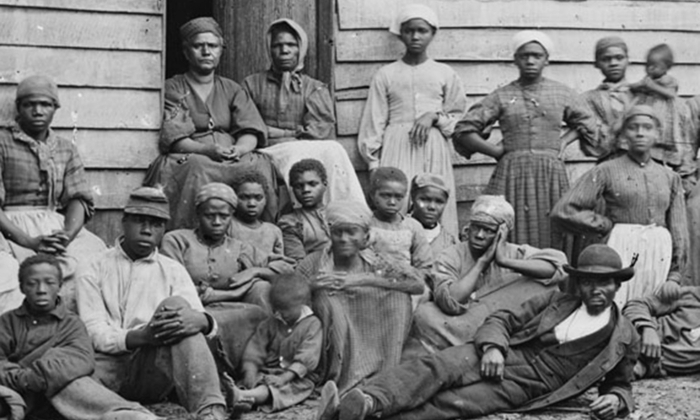