Five-star high school basketball player Makur Maker has committed to play for Howard University. He chose Howard to encourage other top basketball prospects to commit to Historically Black Colleges and Universities (HBCUs). He turned down the likes of UCLA, Kentucky, and Memphis.

Maker originally was going to announce his decision on July 9 for South Sudan Independence Day. His family is from Sudan and he was born in Kenya.

Maker called Howard a “sleeping giant that top student-athletes will appreciate and want to attend.”

“I need to make the HBCU movement real so that others will follow,” he stated on Twitter. “I hope I inspire guys like Mikey Williams to join me on this journey. I am committing to Howard U & coach Kenny Blakeney.”

Maker is the highest ranked player in the modern era to commit to a HBCU since ESPN started their recruitment database in 2007. The Kenya native is ranked 16th in the ESPN top 100 and averaged 14.7 points with the Dream Vision AAU team in 2019.

Last year, Maker was one of two five-star athletes who visited Howard. The other was Joshua Christopher who played for Mayfair high school of Lakewood, CA. He ultimately settled for Arizona State.

Maker is touted for his versatility, ball-handling, and perimeter shooting. Highlight reels show his speed and his ability to make explosive plays. 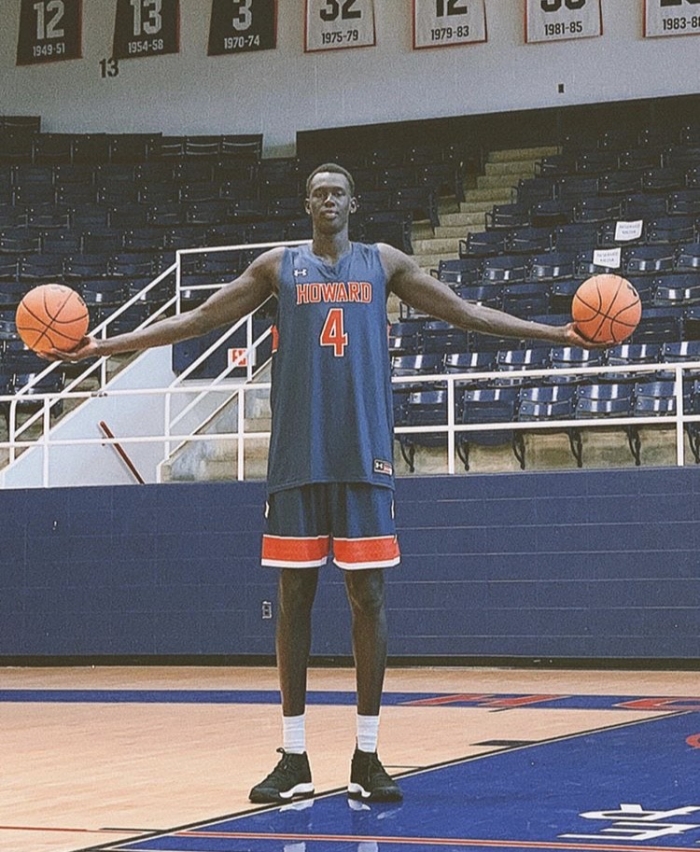 Howard men’s basketball head coach Kenny Blakeney is in his second year of coaching for the Bison. He has coaching experience at the University of Delaware, LaSalle University, and St. Bonaventure.

“We’re not sure what this is going to look like,” Blakeney said. “But we’re beyond excited.”

Maker finished his high school career at Hillcrest Prep in Arizona, their 30-5 overall record ranked them at 2nd in the state. With the Bruins, Maker averaged 20 points, eight rebounds, three steals and three blocks per game. This helped the Bruins win tournaments.

Earlier in his high school career, Maker had stints at West Hills Chaminade and Orange Lutheran in southern California.

Maker may opt to be a one-and-done athlete and declare for the 2021 NBA Draft, joining his cousin Detroit Pistons forward Thon Maker.