To understand the current hype around STARZ’s “Power Book II: Ghost,” you should understand the impact that the original show “Power,” starring Omari Hardwick caused, which is directly linked to the immortalizing of his character James “Ghost” St. Patrick. It’s an almost Herculean task for any actor to step into Omari’s shoes, but series creator and showrunner Courtney A. Kemp and Curtis “50 Cent” Jackson believed in Michael Rainey Jr. so much that they fine-tuned his character, and handed the franchise — “Power Book II: Ghost” —to the youngster.

STARZ’s “Power Book II: Ghost” follows the journey of Ghost’s now grown son Tariq, (Michael Rainey Jr.) who murdered him in the series finale. The series picks up with his mother, Tasha (Naturi Naughton) in prison, and Tariq desperately trying to free her.

In the King James Version of the Bible, Ezek.18 pushes into the troubling issue of sin: “The soul that sinneth, it shall die. The son shall not bear the iniquity of the father, neither shall the father bear the iniquity of the son: the righteousness of the righteous shall be upon him, and the wickedness of the wicked shall be upon him.” Amen, you’ve now gotten the direction of STARZ’s “Power Book II: Ghost.”

The sins of Ghost’s past will find their way to Tariq, threatening his future as he falls under the “mentorship” of drug boss Monet Stewart (Mary J. Blige), who sees Tariq as untapped (and controllable) potential.

STARZ only sent two episodes to review but what I can gather, Tariq St. Patrick is going to have serious difficulties in his new world; his father is dead and his mother, is facing charges for that murder. As this is the story of the next generation, Tariq is enrolled in an Ivy League university and Tariq has conditions put in place before he can acquire his inheritance.

Alone, for the first time in his life, he’s torn trying to find the space for his studies and hustling to pay for defense attorney Davis MacLean, a fame-obsessed man and Tasha’s only hope of getting out of jail and escaping prosecution by newly minted U.S. Attorney Cooper Saxe. 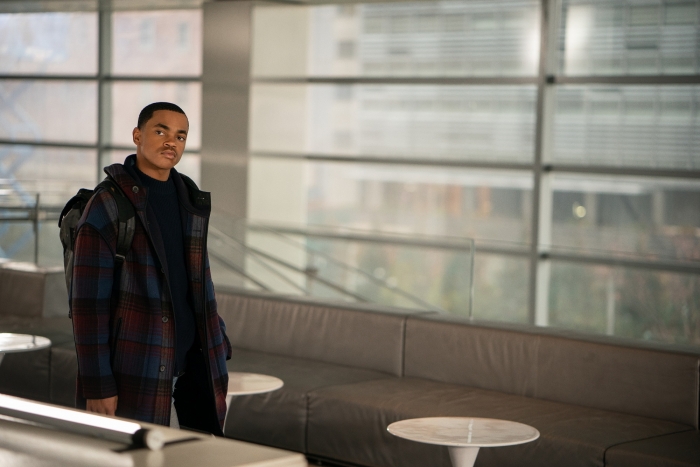 What’s that saying — don’t hate the player, hate the game? For Tariq, he appears to be feeling a bit of both. Nonetheless, he sits at the table to play a game that he thinks that he understands and that’s the drug game. Fast cash, double-digit cash with deadly consequences. Not always the best judge of character, God Bless his little soul, he turns to Monet Stewart Tejada, who is a cold and calculated killer.

As Tariq tries to balance his drug operation with keeping his GPA high, he struggles to find ways to avoid the same fate as his father. Here’s a hint, don’t have a son like him. Tariq —not the brightest character created, but certainly an interesting choice.

LOS ANGELES SENTINEL: Michael Rainey Jr. you play the character of Tariq the son of the cold-blooded, a psychopath with the charm of Casabivam James “Ghost” St. Patrick but some delusional fans of the show, Power can’t always separate the two. 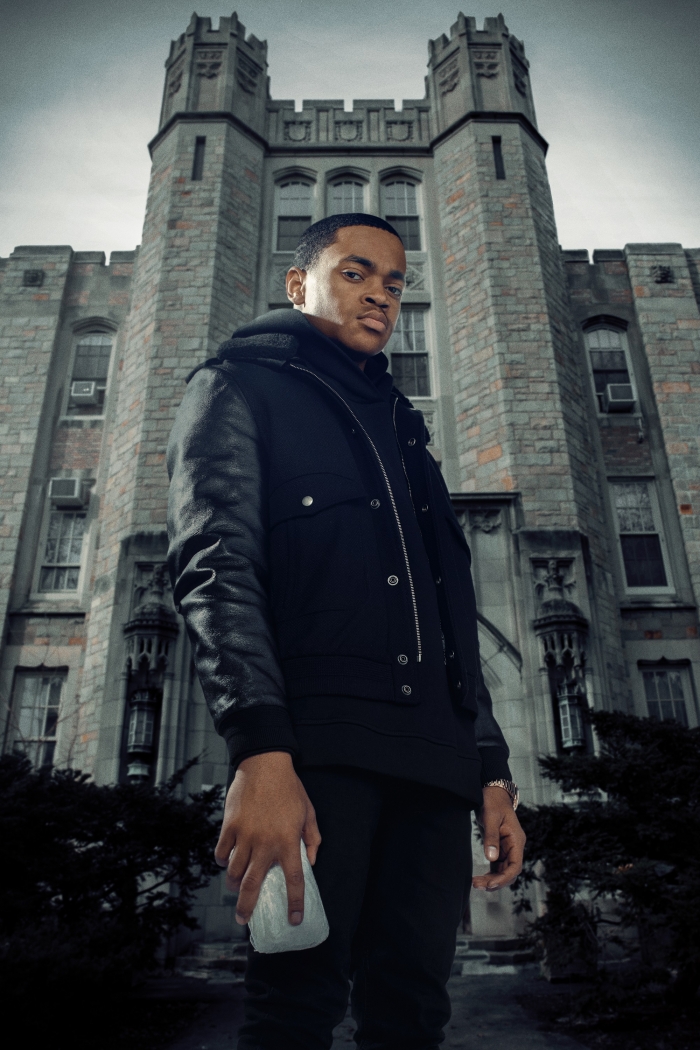 LAS: In fact, Method Man told a little birdy (which, is me) that actor, Omari Hardwick had to make some calls to ensure people that he’s alive and well.

MR: True, some of the fans are that passionate, for sure.

LAS: So, Tariq is spiteful, right?

MR: Honestly I feel like Tariq isn’t the spiteful kid that everyone thought he was.

MR: Obviously, he acted up …. he was upset at his parents, his family, and his father’s actions.

LAS: Duh. He killed him. Sorry. Please, continue. And the consequences are?

MR: There’s like a whole lot of things laying on his chest. He’s forced to become a grown man now. It’s a different world now.

LAS: Let’s leave on a high note. You grew up working on this show. How does it feel now?

MR: (pause) It was bittersweet. We’ve been working with each other for six years and these people are like a family to me. We put together a good show for six years, the fans loved it, so we did a good job.

LAS: Correction, you all did a great job. Good luck with the second half of your journey.

This interview has been edited for length and clarity.