Tennessee latest city to witness what some are calling intimidation tactics

A confederate flag was left hanging from a tree on the property of a Nashville company that publishes Sunday School materials for the nation’s Black churches, including many congregations in Dallas/Fort Worth and across the South.

Neighbors discovered the homemade flag – made from a square cardboard box and colored on all sides with red, white and blue paper-mâché to look like a Confederate flag with brown rope tied around it and hanging from a tree at R.H. Boyd Publishing Company in Nashville late Wednesday. 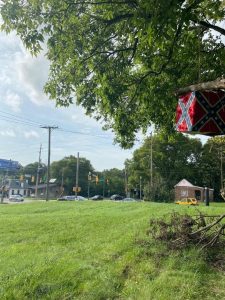 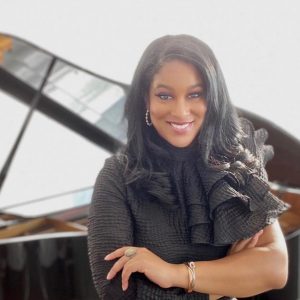 “Clearly someone is trying to send a message,” said LaDonna Boyd, president and chief executive officer at R.H. Boyd. “We will certainly make sure we get to the bottom of whoever did this. We will press charges and bring (the perpetrator) to full justice.”

Thursday, Metropolitan Nashville Police’s Specialized Investigation Division combed the Nashville neighborhood that is home to Boyd Publishing and the nearby historically Black Meharry Medical College, one of the nation’s oldest medical schools training African American doctors, searching for evidence in the case.

“Obviously, this is a great concern, which is why we involved our division,” said Kris Mumford, public information officer for the Metropolitan Nashville Police. When it comes to something like this in a neighborhood, with a box, with a Confederate flag hanging from a tree, we obviously want to investigate what’s going on.”

In the Dallas area news of the latest assault was widely discussed. 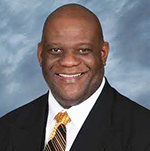 “Something has happened to the fabric and framework of our country. We are beginning to border on what we saw in the 50s and 60s.  I remember it.  I was there to witness it,” said McKissic, pastor of megachurch Cornerstone Baptist Church in South Arlington, which is aligned with the National Baptist Convention of America.

The incident is the latest in a string of events across the nation involving African American churches and incidents perceived to be racist.

In late July, the FBI launched an investigation after someone wrote “KKK” and racial slurs on an air conditioning unit at a Black church in North Highlands in the San Francisco Bay area.

In 2019, the federal bureau began investigating a series of fires at Black churches in Louisiana, calling them suspicious and saying they likely are hate-related. 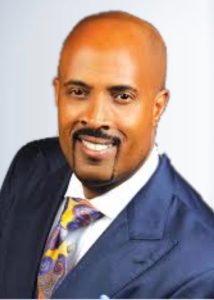 Haynes said that he is not surprised about this latest occurrence.

“I think we can expect more of this,” he said. “There has been an environment set by the White House to express hatred.” 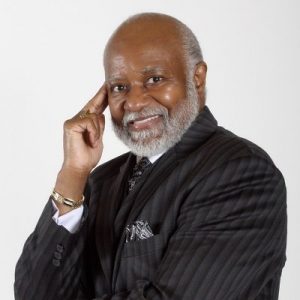 Across the country African American pastors said they were concerned.  Bishop William Sheals said the country is experiencing an “ugly spirit in this year in 2020.”

Mumford said Metropolitan Nashville Police Department responded to a call from Boyd at about 5 p.m. of a device hanging from a tree on a lot adjacent to and owned by Boyd Publishing.

Alarmed that the box might contain an incendiary device, police flew helicopters over the property and officers swarmed the area. Seven police cars circled the property, Boyd said.

By late Wednesday evening, a police bomb squad unit had accessed the box, determined no bomb materials were inside and had it perched in the backseat of one of the police cars. It is now classified as a suspicious package.

Mumford declined Thursday to reveal any more of the box’s contents saying the case was an ongoing investigation.

Meanwhile, detectives spent Thursday seeking video from nearby Meharry and other homes and businesses, Mumford said, in the hopes of identifying a suspect. She said the culprit could face several charges for intimidation, trespassing and possibly a hate crime.

“Someone did get a picture of the perpetrator’s car and apparently they came at night and hung it up,” said Ms. Boyd. “Hopefully we will be able to find out who did this.”

Boyd plans to press charges and said that in 2020, incidents like this need to be taken seriously, and are a reminder of the need to be aware of one’s surroundings.

“There’s all kind of foolishness going on, all around the country, and obviously this was very intentional because of the place that they put it, in a predominantly Black neighborhood, right next to Citizens Bank, Meharry Medical College, Fisk University, and right down the street from Tennessee State University,” she said.

The property, which stands at the intersection of Jefferson Street and 21st Avenue in Nashville, is home to R.H. Boyd Publishing Corporation, one of the oldest Black-owned businesses in the country.

Founded in 1896 by the Rev. Dr. Richard Henry Boyd, the long standing organization provides Christian and inspirational resources for African-American churches and communities across the country.

The company generated more than $3 million dollars in revenue for the fiscal year ending in December 2018.  Right across the street from R.H. Boyd is Citizens Savings Bank & Trust Company, founded in 1904 and considered the oldest, continuously operating, minority-owned bank in the United States.

Ms. Boyd, who is just the organization’s fifth President and CEO, sprang into action and immediately called the police, also getting the word out on social media.

Experts with the U.S. Department of Justice estimated that an average of 250,000 hate crimes were committed each year between 2004 and 2015 in the United States. The Department reports incidents each week on its website but says the majority of cases are not reported to law enforcement.

“I do not play about my family’s businesses, our heritage, our safety, the safety of our staff and the entire team, certainly the safety of the community,” Boyd said. “We are hopeful that these perpetrators will be caught, and we want to make sure that they get the due penalty for all of these crimes that they committed, and we will certainly be on the lookout for any other things that may pop up.”