It’s a struggle. Losing one of your senses can be devastating. But that’s the reality a punk-metal drummer faces. Hearing loss. He’s banging drums he can no longer hear.

Ruben (Riz Ahmed, Nightcrawler), a percussionist, and his lover Lou (Olivia Cooke, Me and Earl and the Dying Girl), a lead singer and guitarist, form a two-person metal band. They travel to small clubs and gigs in their RV, like low-budget indie rock stars. The music they play is earsplitting. Even the applause they receive is loud. But more and more for Ruben, everything is muffled. 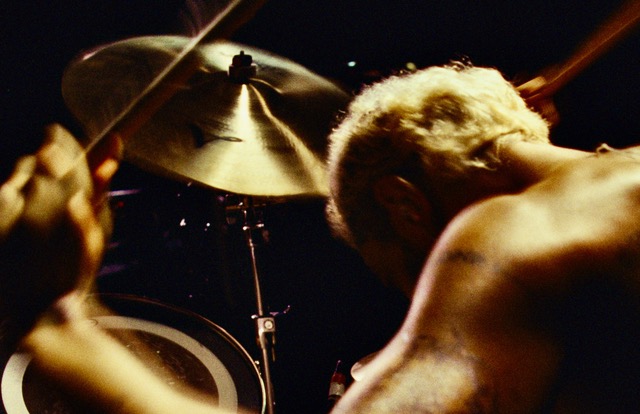 It’s a major adjustment for a recovering heroin addict whose life ambition is music. His ability to understand conversations, decipher low tones and listen to phone calls decreases dramatically. After an alarming test—left ear at 24% capacity, right ear 28%—an audiologist delivers the harsh news: “The hearing you have lost is not coming back.” With love in her heart, Lou talks Ruben into becoming a resident at sober house for the deaf. Then she’s gone. He’s left to adjust to a progressive program that doesn’t believe deafness is a handicap. He is not so sure.

The premise, based on a documentary by Derek Cianfrance about the husband-and-wife American sludge metal duo known as “Jucifer” who is hailed for extreme volume, was developed into a very engrossing script by writer/director Darius Marder. Two mutually dependent, nomadic loving souls barely eking out a living. Solid in their dedication to music, performing and fighting for sobriety. It’s a brave Bohemian existence but noticeably fragile, especially when they encounter a major challenge. 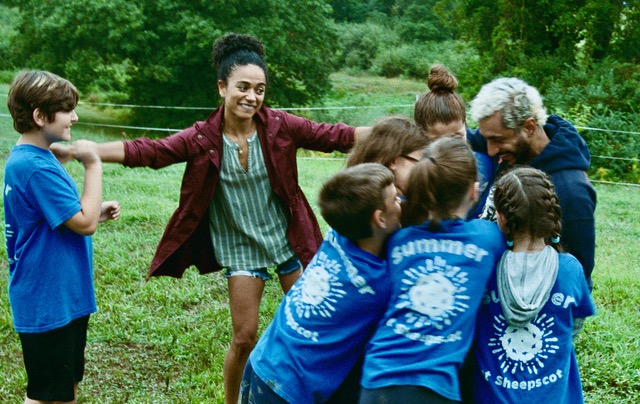 It’s no wonder the former addict is mortified and manifests his fear in angry outbursts and feelings of abandonment. He’s an unlikely protagonist fighting an invisible and seemingly insurmountable adversary. An enemy that forces him to look to others for guidance and within for a solution.

Ruben is the kind of high-potential, anti-hero character seasoned actors vie to play. Considering the high stakes, it isn’t evident by Ahmed’s filmography that he could do justice to a role that would be a supreme challenge even for a chameleon like Daniel Day-Lewis. Yet there he is, a British/Pakistani former rapper, now with bleached blonde hair, blanketed with tattoos and trying to convince viewers that Ruben’s struggle is worth their attention.

Darius Marder, in an ingenious stroke of creativity and through innovative sound design, lets the audience hear or not hear just like Ruben. The screen goes increasingly silent as his ears fail. It’s a drummer’s worst nightmare and messing with the audio track adds an authenticity that underlines his desperation. He’s trapped. Not able to go back to the old world, not accepting the new. Then there are moments when you can hear what others can hear, and he cannot. It’s a very profound juxtaposition. 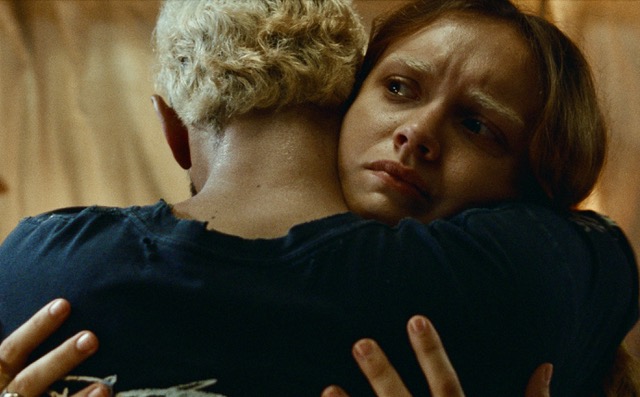 Ahmed invests his all in the rebellious but loving drummer, expressing his disappointment and making you feel and experience his disorientation. Ruben’s stubborn attempts to cling to his past life and not accept his future is a paradox he must reconcile. And Ahmed’s deeply emotional, Oscar-worthy performance compels you to want to stick with him, through the worst of times, until he has or doesn’t have an epiphany. How despondent is he? Ruben: “What I need is a fu–ing gun in my mouth!” 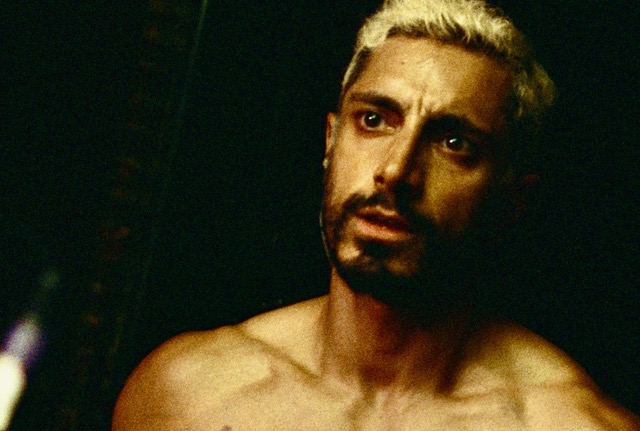 Yes, this is Riz Ahmed’s showcase and his ultimate moment, thus far. But, excellent performances abound. Paul Raci, a CODA (Child of Deaf Parents), as the director of the group home builds a portrait of a seasoned counselor who is as transparent and nurturing as he is demanding and disciplined. Lauren Ridloff (TV’s The Walking Dead), a former Miss Deaf America, enlivens the role of Diane, a congenial elementary school teacher. Mathieu Amalric (Munich) as Lou’s dad casts a very paternal shadow. While Oliva Cooke perfectly counterbalances Ahmed. In fact, there are moments when Ahmed and Cooke’s performances are so emotionally raw and primal they rival those of Gary Oldman and Chloe Webb’s in Sid and Nancy.

Innovative filmmaker Darius Marder examines the psychology of deafness, creates indelible characters and molds a totally absorbing atmosphere. But that’s just the beginning. Riz Ahmed is his vessel, muse and interpreter. He’s the soul-searching guide who introduces viewers to a side of life that is too rarely shown.