What is an angelic troublemaker and what does that quote mean to you regarding human rights?

That’s the question Pittsburgh youth were challenged to ponder and express through art of any form by the Pittsburgh Commission on Human Relations in its ‘Human Rights Speaks’ art contest. Contestants submitted poems, essays, music and digital art.

The question at the center of the art contest was inspired by civil rights activist Bayard Rustin, who said: “We need in every community a group of angelic troublemakers.”

The Pittsburgh Commission on Human Relations, which is independent from the City of Pittsburgh government and enforces and ensures civil rights protections, invited young people grades kindergarten through 12th to participate. Winners were named in three groups: K-3, grades 4-8 and grades 9-12.

The commission chose 13 winners overall. PublicSource community correspondent Jourdan Hicks reached out to each of the winners to talk about their creative process and what angelic troublemakers can do to protect human rights.

Experience their art below and see what they had to say about it: 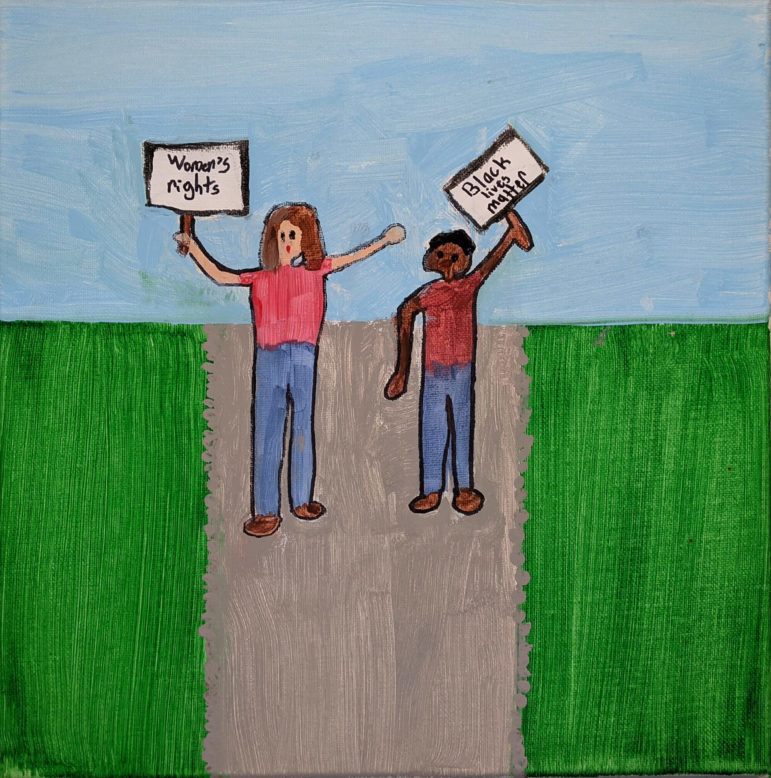 The art of ‘angelic troublemaking,’ as seen by youth in the Pittsburgh area