The U.S. Food and Drug Administration is set to review a drugmaker’s application for the first over-the-counter birth control pill in November 2022, with a decision expected in the first half of 2023.

An approved over-the-counter hormonal birth control product would not require a prescription and would be considered self-care, defined as “the practice of individuals looking after their own health using the knowledge and information available to them.” 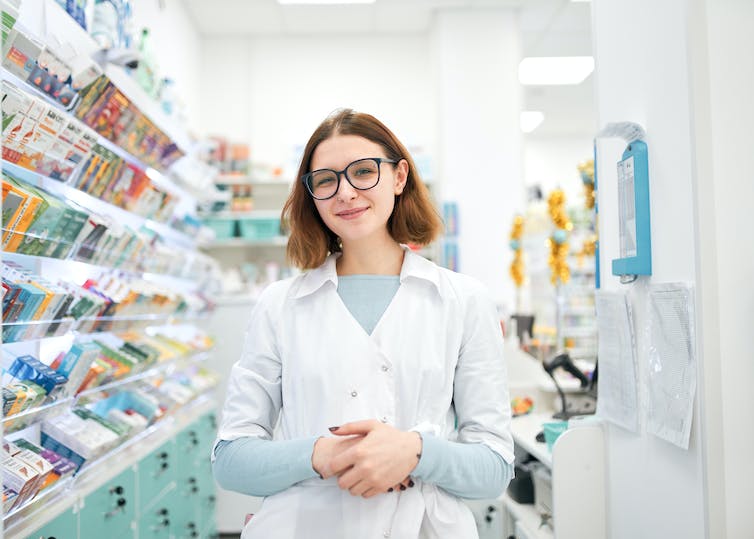 The over-the-counter birth control pill will not require medical examinations or prescriptions prior to purchase.
Sergey Mironov/Moment via Getty Images

The FDA’s approval of an over-the-counter birth control pill will further expand options for people seeking hormonal contraception to all 50 states. The first such over-the-counter pill – a non-estrogen, progestin-only contraceptive – could become available by mid-2023.

We are a pharmacist and a public health expert. We see the move toward over-the-counter birth control as an important step toward accessible and equitable reproductive health care for all Americans, and pharmacists will play an indispensable role in that effort.

With more than 60,000 pharmacies nationwide, pharmacists are the most accessible members of the health care workforce. Nearly 90% of Americans live within 5 miles of a pharmacy. Throughout the COVID-19 pandemic, pharmacies provided testing, vaccination and treatment for millions of people in the U.S., proving their worth in supporting and sustaining initiatives that are important to public health.

Traditionally, hormonal contraception – also known as birth control, or when taken orally, “the pill” – has only been accessible after a comprehensive medical evaluation by a physician, physician assistant or nurse practitioner.

However, the move toward nonprescription-based, over-the-counter birth control is important because it will greatly lessen some of the known barriers to birth control. These barriers include the inability to pay for medical office visits required to obtain a prescription, lack of insurance to cover the cost of prescription birth control or lack of accessibility to pharmacist-prescribed contraception.

Over-the-counter birth control can also reduce access barriers by preventing the need for a scheduled appointment with a primary care physician during work hours or the need to travel long distances to get such care.

But it is important to note that over-the-counter access to hormonal birth control does not replace the importance of regular office visits or discussion about reproductive health with physicians.

Even in states where pharmacists are currently allowed to prescribe birth control, patients may still face barriers.

For example, if state policies do not create payment pathways to reimburse pharmacists for their time to counsel and prescribe, pharmacists may choose not to participate. Additionally, pharmacist availability and time may be limited and more restricted than the hours a pharmacy is advertised as open.

Finally, there are notable cases of pharmacists who have denied patients access to emergency contraception, also known as the “morning-after pill,” and prescriptions for medication abortion on the grounds of moral, ethical and religious beliefs.

For instance, in 2019, a pharmacist in Minnesota denied a patient emergency contraception, citing personal beliefs. As a result, the patient drove 50 miles to gain access to the medication. Ultimately, a jury found that the pharmacist did not discriminate against the woman by denying to fill her prescription.

This precedent suggests that pharmacists who object to the use of reproductive medications may further choose not to participate in prescribing hormonal contraception even when permitted to do so by state law. They may also choose not to sell over-the-counter birth control when it becomes available.

Notably, many states give pharmacists autonomy when dispensing medications. Currently, 13 states have laws or regulations known as “conscience clauses” that permit pharmacists to refuse to dispense a medication when it conflicts with their religious or moral beliefs.

The American Pharmacists Association also recognizes an individual pharmacist’s right to conscientiously refuse to dispense a medication; however, the organization supports a system to ensure patient access to medications without compromising the pharmacist’s right of refusal. In other words, pharmacists are encouraged to “step aside” but should not “step in the way” of dispensing or selling medications that conflict with their personal beliefs.

Some states with conscience clauses legally require pharmacists to refer patients elsewhere when they decline to dispense a medication for ethical and/or moral beliefs. In addition, company policies may require pharmacists with objections to arrange for another pharmacist – who does not have objections – to provide the medication and care requested by the patient. However, some states do not require a system to ensure this patient access as the American Pharmacists Association suggests.

Ongoing legislation seeking to reduce abortion access in the post-Roe era across the U.S. only increases the importance of patient access to contraception. Geographical spatial analyses have found that people of low socioeconomic classes and of color disproportionately reside in contraception deserts, which are areas with low access to family planning resources. These contraception deserts could be reduced or eliminated altogether in states that authorize pharmacists to prescribe contraception, or in areas with access to community pharmacies carrying hormonal birth control when available.

In our view, pharmacists can positively contribute to the safe, effective and accessible use of contraception across the country.