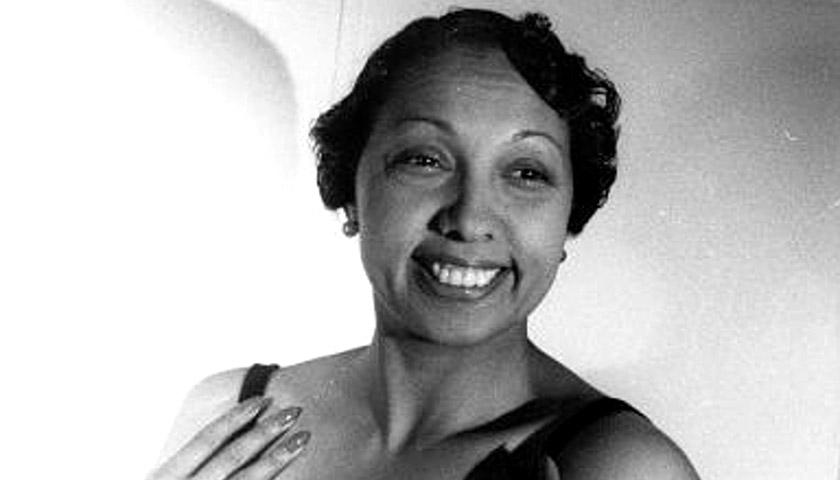 “Josephine Baker: Black Diva in a White Man’s World” will be one of the highlights of the 12th annual African Diaspora International Film Festival in Washington, D.C. The festival begins Friday, August 17. (ADIFF)
“Streetlight Harmonies,” by Brent Wilson and the documentary “Josephine Baker: Black Diva in a White Man’s World,” count among the highlights of the 12th annual African Diaspora International Film Festival which opens on Friday, August 17 at the Marvin Center at George Washington University in Washington, D.C.
The three-day festival, which presents films to diverse audiences and redesigns the Black cinema experience by strengthening the role of African and African descent directors in contemporary world cinema, will feature 16 films that will take audiences in and out of the United States, including eight that will have their premieres in the nation’s capital.
“There’s a lot new this year,” said Reinaldo Barroso-Spech, an educator in foreign languages and Black literature who created the festival with his wife, Diarah N’Daw-Spech, a financial consultant and university budget manager.
The opening night film, “Timeless,” by Ed LaBorde counts as a love story that transcends time from 19th century Ghana to the modern day Caribbean.
Some of the social issues explored in the film are the human trafficking of the slave trade in the past and the present day human trafficking in the Virgin Islands, as well as political corruption and immigration.
Festival organizers also plan to present the premiere screening of the award-winning drama, “The Citizen,” a narrative about middle-aged African political refugee (Wilson) who seeks Hungarian citizenship.
The film has already earned acclaimed from critics at The New York Times and other publications.
Organizers have also expressed excitement about “Streetlight Harmonies,” a film about doo-wop featuring a who’s who of musicians that trace the evolution of pop music from doo-wop and Phil Spector’s legendary “wall of sound” through Motown, surf music and the British Invasion.
The festival also includes a special program where films depict the lives of a native of one country who moves to another nation like, “African-Americans in Europe,” which features a Josephine Baker documentary by Annette von Wangenheim.
Two other films directed by women explore issues of identity in diaspora communities in the United States.
“The Good Life—or La Belle Vie—by Rachelle Salnave reflects on the cultural crossfire she experienced as a Haitian-American growing up in Harlem juxtaposing her parents’ memories of noble family histories with a humble working class reality.
“Life Is Fare,” by Sephora Woldu counts as a cross-cultural film that challenges how patriotism and nationalism are practiced by people of a country, and is inspired by current Eritrean and Ethiopian migration experiences in the United States.
“From its inception, the festival has always showcased great films that explore the black British experience,” Barroso-Spech said.
For tickets and more information, visit www.nyadiff.org.
Stacy Brown is an NNPA Newswire Contributor and co-author of “Michael Jackson: The Man Behind the Mask: An Insider’s Story of the King of Pop.” Follow Stacy on Twitter @stacybrownmedia.
This article was originally published at BlackPressUSA.com.