The #FirstThem movement has gained a lot of support, particularly among Twitter users who continue to highlight what they see as a wave of corporate-sponsored movements created under the narrative of addressing sexual misconduct, particularly in the entertainment industry.
However, in noting that the #MeToo movement has meet a crackling of backlash, an Oct. 29, 2018, New York Times analysis revealed that since the New Yorker Magazine investigation that outed movie mogul Harvey Weinstein as an alleged predator two years ago, at least 200 prominent men have lost their jobs after public allegations of sexual harassment.
A few, including Weinstein, face criminal charges, while at least 920 accusers have come forward to say that a powerful and/or prominent man subjected them to sexual mistreatment.
Nearly half of the men who have been replaced in their positions were succeed by women, according to the analysis.
Still, supporters argue that those reporting on #FirstThem need to “stay on code” because they say that many of the organizations behind those movements have racially tailored their agenda, and the mission of #FirstThem is to counter those who focus on race when targeting alleged perpetrators of sexual misconduct.
#FirstThem has also received some pushback from Tarana Burke and others that believe that the movement has wrongly targeted some White stars.
“While I agree completely with the premise here, I am compelled to speak out on behalf of someone I know is wrongly named,” Bob Ezrin wrote in an email response to a recentNNPA Newswire storyabout #FirstThem.
“Alice Cooper has been my friend and creative partner for nearly 50 years and, aside from being a devout Christian and committed monogamist, he’s also the most decent man I know,” Ezrin continued in response to a January 19thTweet that implied that Cooper, among other rock stars of the same era, was involved in activity with underage girls. 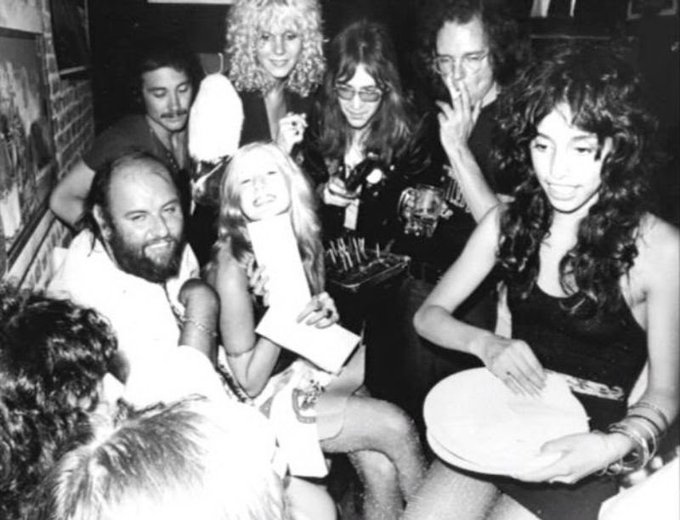 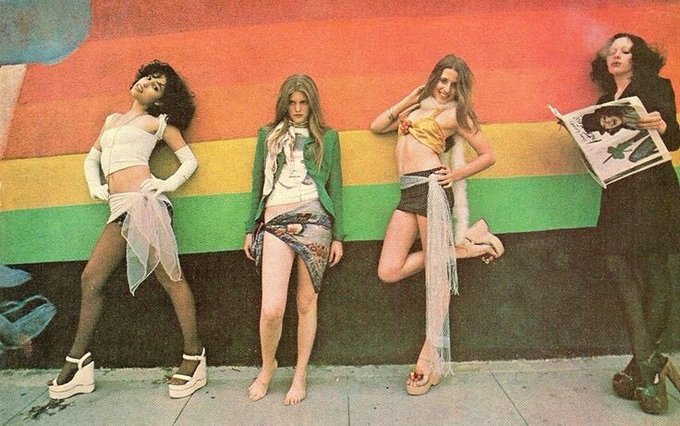 In the 1970s there was a group of underaged girls ranging from 13 to 17 called the “Baby Groupies” who were allegedly molested by several notable rock musicians like David Bowie, Jimmy Page, Mick Jagger, Jeff Beck, Marc Bolan, Alice Cooper, Robert Plant and Iggy Pop.#FirstThem

Indeed, Cooper proved to be the only celebrity named by the #FirstThem movement in which NNPA Newswire could find no previous allegations of misconduct.
“The stage persona is just that,” Ezrin said of Cooper. “In all the years we have known each other, I have only ever seen Alice with two women: his wife Sheryl and before that, his girlfriend Cindy Laing. That’s it,” he said.
And, while supporters said it’s wrong to say #FirstThem founder Tariq Nasheed defended R. Kelly and the late Michael Jackson, Nasheed, a media personality who has a large presence on social media, has issued numerous tweets denouncing those who have shone a spotlight on Kelly and Jackson.
In a Jan. 28 tweet, Nasheed wrote:
“Shout out to the Jackson family for their strength. It’s painful to see a Black family having to endure these attacks, by a white supremacist-driven movement to take the focus off white predators. Targeting a deceased Black man with vicious lies is disheartening.”
While Nasheed may not have technically defended Kelly or Jackson, it can be argued that he is certainly guilty of what-aboutism: pointing out the alleged misdeeds of whites instead of also acknowledging those same deeds when they are perpetrated by blacks.
In a Jan. 15 tweet regarding R. Kelly, Nasheed wrote: “The media wants to keep using #RKelly as a smokescreen, but they stay quiet on actors like Don Johnson who was openly dating Melanie Griffith when she was 14 and he was 22.”
Nasheed may have been reacting to an article about Griffith on the site, NinjaJournalist, which stated, “At only 14 years of age, Griffith started seeing actor Don Johnson, who was 22-years-old at the time. Their romance became a heavily criticized one in the media, especially when it was exposed that Don had such a negative influence on the woman he would marry four years after meeting her.”
In another tweet on Jan. 17 about Kelly, Nasheed said the “people keep focusing on R. Kelly and there are literally sexual predators – monsters – out there.”
Mostly, though, Nasheed and those in the #FirstThem movement say they make sure that the hundreds of accused sexual predators from the dominant – or white – society, who work in the entertainment industry, will not be conveniently skipped over in order to target entertainers based on race.
“We will ensure that the focus will be on them first,” the founders wrote on their website.
It is why Nasheed has taken issue with Tarana Burke, the founder of the #MeToo movement, and others.
Following a planned rally by LGBTQ and other organizations to show solidarity with actor and entertainer Jussie Smollett who was viciously attacked late last month, Nasheed wondered in a Jan. 30 tweet:
“Why are all these rallies about violence towards Black LGBT people being held, and no one is talking about the dead gay Black men found in the home of Ed Buck,” after for the second time in two years, Los Angeles detectives in January found a man dead inside Buck’s apartment.
Nasheed has called out Burke and #MeToo, and as recently as Jan. 30, noted that “the #MeToo movement has rolled out a new campaign featuring Terry Crews talking about being sexually assaulted and how Black society is somehow complicit.”
But, Nasheed continued: “#MeToo is silent about the white man who sexually assaulted Terry Crews.”
Nasheed also posted Burke’s response in which she asks: “Why is it my job to go after white men?”
Disclaimer: The views and opinions expressed in this article do not necessarily reflect the official policy or position of BlackPressUSA.com or the National Newspaper Publishers Association.