NEW YORK (AP) — Pittsburgh native, CAPA and CMU grad Billy Porter, speaking to Vogue before he walked the Oscars red carpet, knew what he was in for among some social media users:
“People are going to be really uncomfortable with my Black ass in a ball gown, but it’s not anybody’s business but mine.”
The remark from the Tony-winning stage performer, actor and singer was both prescient and disproven. There was mega-praise for his velvet custom tuxedo look by Christian Siriano and outrage over the notion that an African American man in a dress was a threat to Black masculinity.
It was just the conversation Porter had hoped to provoke, not to collect virulent hate but to help move along the idea that we all deserve respect, across racial lines and the gender divide.
“I was ready to create the conversation,” Porter told The Associated Press in a phone interview Monday the day after the Oscars. “We have to teach people how to treat us, we have to teach people how to love us, we have to teach people how to respect us, and the only way we do that is to respect ourselves.”

Porter, the Black and gay breakout star of the boundary-expanding FX series “Pose,” spent awards season using fashion as political art, as he describes it. There were previous dresses, and there was help from powerhouses Tom Ford and Michael Kors in the later weeks, along with smaller designers who embrace a greater gender fluidity in their collections and were thrilled early on to dress him.
As a nominee at the Golden Globes, Porter’s custom trouser look by Randi Rahm, including a huge, hot pink-lined cape and floral embellishments, grabbed attention, but social media support and disdain after the 49-year-old took to the Oscars carpet took the debate into the stratosphere. 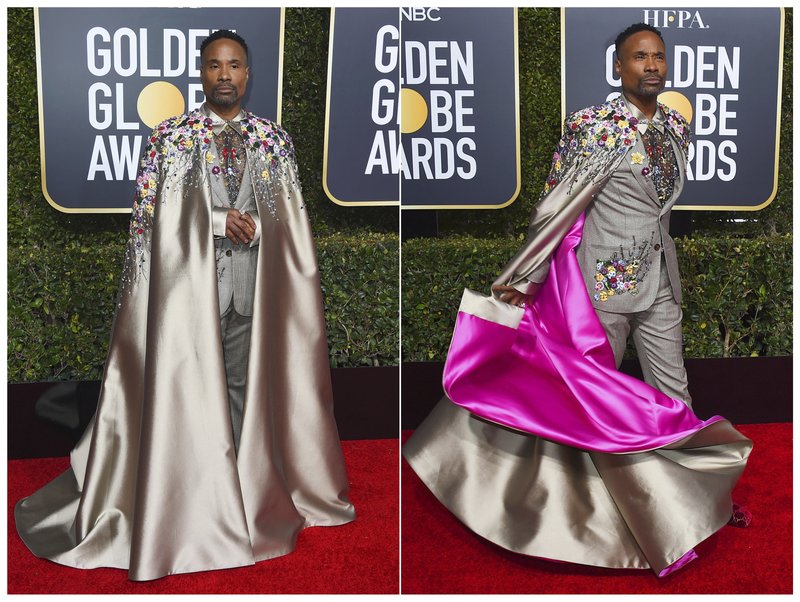 Porter understands where established notions of Black masculinity originated, and he understands how toxic they can be. He and his stylist, Sam Ratelle, also realize how rigid gender-driven taboos can be and want to help the walls come down.


“It goes all the way back to the earliest of emasculations, which is slavery, so the only way to sort of overcome that is to be the strongest and the most masculine and the most powerful and now, what has become toxic,” Porter said. “And I don’t think it’s just Black people. I think it’s men in general. Every ethnicity has their version of it.”
Porter couldn’t care less about negative comments.
“The comments are not my business. What people think about what I’m doing is not my business. I lived that already,” he said. “I’m inside of my authenticity and the whole point is that you have to respect me as much as I respect you. If you don’t like it, go somewhere else. You don’t have to look. It’s not about you. I don’t understand why my putting on a dress causes this much strife in your life.”

Ratelle said he began working with Porter about a year ago.

“He said, ‘I want to be a piece of walking art,’ and we just went from there,” Ratelle said. “It’s been really awesome to work with a bunch of great designers. Randi Rahm was certainly completely open. Issey Miyake was fantastic for the Radio City show (Porter was a study in white). Christian Siriano, the fact that he did this custom gown in one week, was incredible after saying, ‘Absolutely. There’s no question we’ll do this.’ Michael Kors has been the most gracious human. So has Tom Ford.”
Porter said he’s just getting started in terms of pushing along the conversation.
“People are actually listening,” he said. “I hope it opens up a dialogue of healing. I will always continue to do me. If there’s anything I’ve learned in the 49 years that I’ve lived on this planet, is that being authentic is the only version of the story that anybody should be.”
Porter has always been a fashion lover. This year, he was an ambassador for the Council of Fashion Designers of America for men’s fashion week in New York and attended a variety of shows featuring a variety of looks, from traditional to gender fluid. 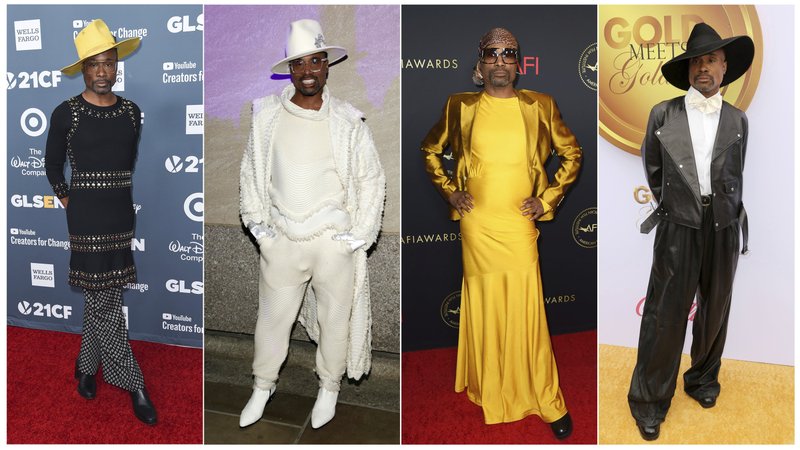 Now that awards season is over, and the fashion week cycle is finishing up in Paris, Porter said he’ll continue to wear whatever he likes, with a great number of designers on board to help with pulls from their lines and custom outfits.
“Pre-Golden Globes it was difficult,” he said of options available to him, considering that he’s not sample size. “After the Golden Globes it has not been difficult. You work with the people who work with you. You walk through the doors that are open. I’m never a beggar.”
In real life, or at least on live TV during the Oscars, Helen Mirren appeared ready for change, noting that both she and her co-presenter, Jason Momoa, were dressed in pink.
“It just goes to show, doesn’t it, that these days a Hawaiian god and a very mature Englishwoman can actually wear the same color. We can both wear pink,” she said to claps.