It’s love at first sight. That’s true for the couple in this romantic period film and for audiences who will be transfixed by the stunningly beautiful footage.

It’s the summer of ’57. Sylvie (Tessa Thompson), a twentysomething, works in her dad’s (Lance Reddick, John Wick) small Harlem shop, Mr. Jay’s Records. Though she tries not to show it, she is smitten the day Robert (Nnamdi Asomugha) walks in looking for a job. They spar verbally. Flirt. She is bent on becoming a TV producer. He, a tenor sax player in the jazz group the Dickie Brewster Quartet, wants a solo career. They’re young and ambitious. 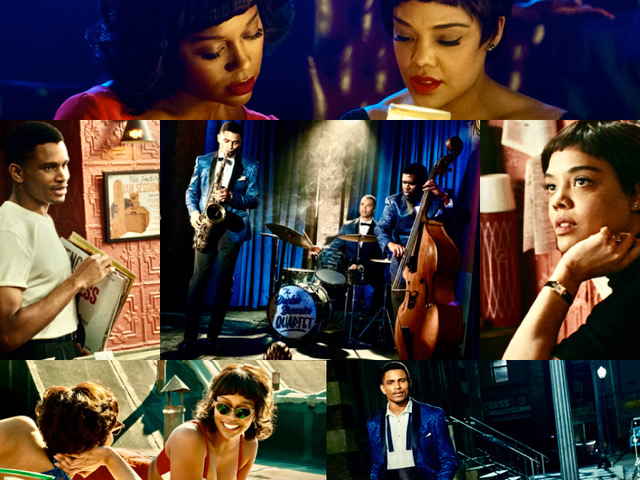 Sylvie is engaged to Lacy (Alano Miller), a well-to-do GI who is serving overseas. Her mom (Erica Gimpel) pushes her towards this potentially safe, secure marriage and away from the pauper musician, while her cousin Mona (Aja Naomi King, How To Get Away With Murder) champions the saxophonist. A romance ensues regardless; in bedrooms, on rooftops, in theaters. They’re so in love. Lost in it.

As the ‘50s turn into the ‘60s, divergent career paths lead them away from each other, back together again, away, back… Their yearning is best summed up by the lyrics to the jazz standard “The Nearness of You,” which chanteuse Nancy Wilson sings as the film opens: “If you would only grant me, The right, To hold you ever so tight, And to feel in the night, The nearness of you.” 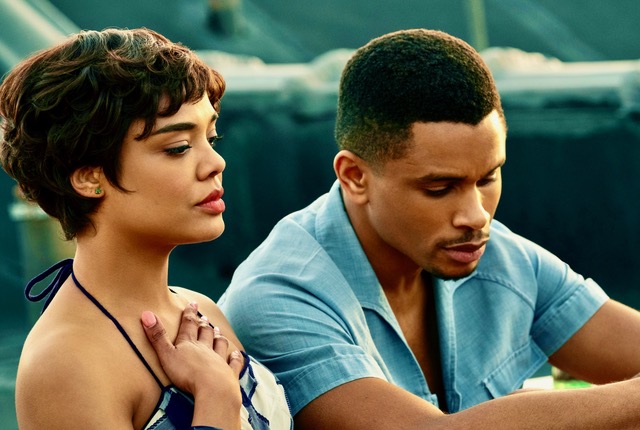 Writer/director Eugene Ashe has a strong feel for this epoch, the allure of jazz music and what it takes to make a charming, exquisite and completely irresistible love story. The characters he’s crafted, their obstacles, rivalries, miscommunications and misunderstandings underline his ingenuity. The yo-yo effects love creates, which makes lost souls try and try again to mate, verify Ashe’s understanding of what undying devotion truly means.

If this story doesn’t make your heart flutter, nothing will. If Sylvie and Robert don’t make you root for love, no one can. The dialogue is either so completely natural it’s invisible or so poetic it conveys deep feelings and profound thought. Says the career-orientated Sylvie to her very traditional husband: “I can’t be the woman of your dreams when I want to be the woman in mine.” Husband: “I never wanted you to be the woman of my dreams—I wanted to be the man in yours.” 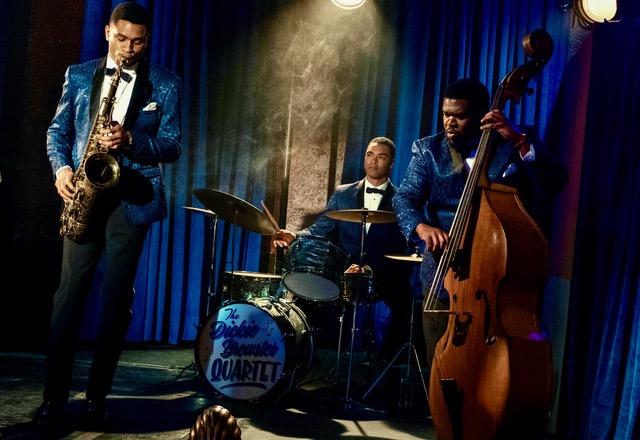 As a director, Ashe has some minor hiccups. There are scenes that are too stagey, where characters talk and do nothing. Also, sometimes he uses previous footage to reflect the past, which is an unnecessary crutch. Those mild transgressions are counterbalanced by the pop culture icons he sprinkles throughout the movie: A drop of TV’s I Love Lucy, “The Chocolate Factory” episode; a pinch of Sam Cooke singing “You Send Me” and of course a dash of Nancy Wilson’s jazz inflections. 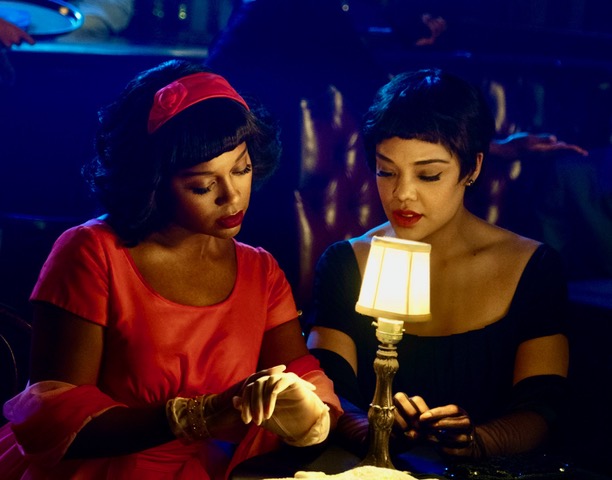 Many scenes are gorgeously crafted and as beautiful as paintings. Mayne Berke’s handsome production design—from NYC stoops, to apartments, houses, offices and TV production sets—artfully recreates Harlem and Bronx neighborhoods, and were surprisingly constructed on a Warner Bros. backlot. Her magical handiwork is captured by cinematographer Declan Quinn’s perceptive lens, which flatters the interiors and exteriors as much as the cast’s incandescent skin. In particular, his lighting of the Blue Morocco Night Club scenes, with the green, blue and black accents, is so mood-setting and vivid you’d expect Coltrane to take the stage. 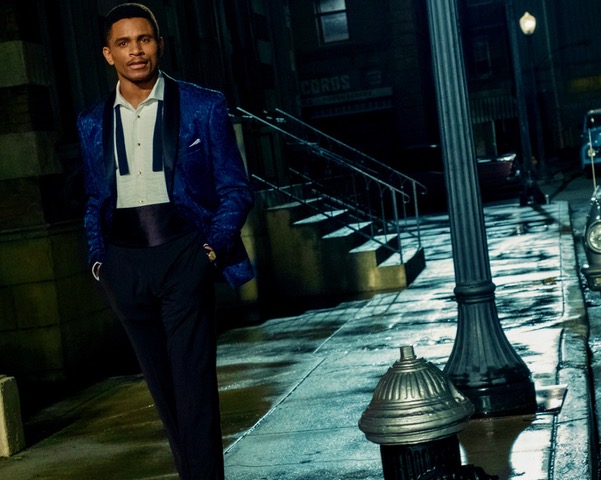 The musical score, either filled with sumptuous string music or brooding jazz, comes from the mind and heart of composer Fabrice Lecomte. While editor Dana Congdon (The Basketball Diaries) gives the footage a steady rhythm. Together, the technical elements cast a visual and audio splendor that’s sustained for 110 minutes.

In her finest showcase ever, Tessa Thompson summons up the mid-century spirits of Lena Horne, Eartha Kitt and Diahann Carroll. She acts young and innocent, then mature and strong-willed and finally older and circumspect, seamlessly balancing frailty and unbridled ambition. One moment your heart bleeds from her bad decisions, the next you’re exhilarated by her success. Nnamdi Asomugha, a producer (Harriet, Beasts of No Nation) as well as an accomplished actor (Crown Heights), is 2020’s top romantic leading man. He exhibits the quiet pride of Sidney Poitier and the stoicism of Denzel. When Robert begs Sylvie to “Come with me to Paris,” women will swoon. 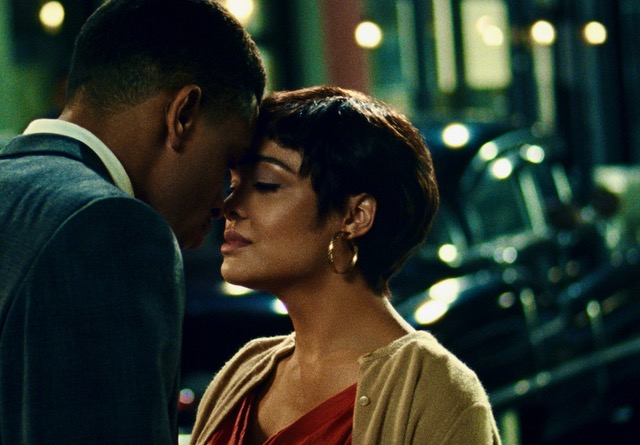 Gorgeously crafted. A sweet embrace. As romantic as a first-night kiss.